Harry Potter and the economics of the wizarding world 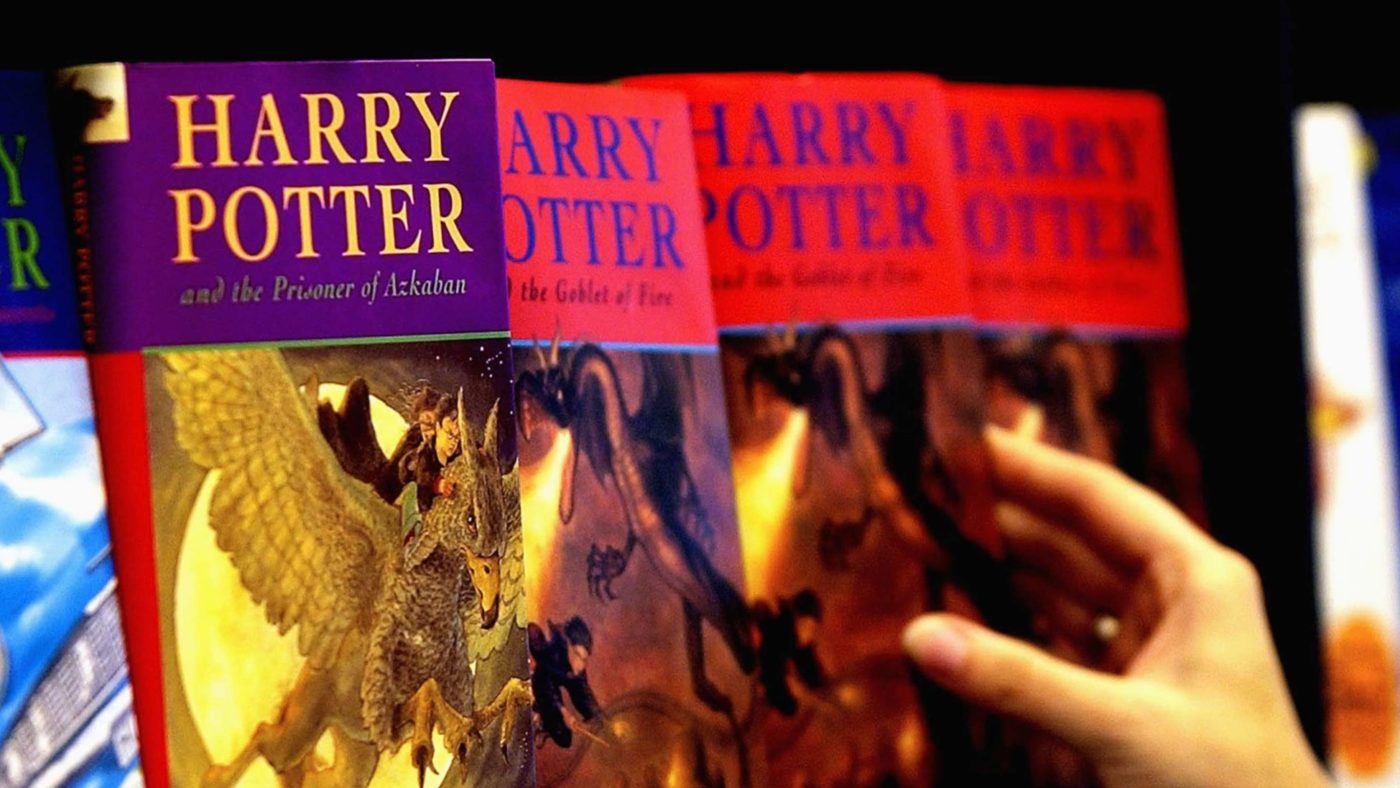 Over the Christmas period you may well have settled down to watch one of the Harry Potter films. I, like millions of fans have always loved the series and have often imagined what it might be like to live in J.K. Rowling’s magical world.

But spend a little time contemplating the prospect and you will soon realise how bad an idea this would be. The world described in the Harry Potter series is one where the economy is stagnant, the government is an effective police state, and the education system is in urgent need of major reform.

Despite the magic, basic economics apparently still apply in the wizarding world. A flick through any of the seven Harry Potter books will demonstrate that this is not some post-scarcity utopia — far from it.  Money and a price system still exist, society is not overflowing with riches, and witches and wizards are beset by the same financial difficulties as their Muggle counterparts. While magic can transfigure and alter objects in numerous ways, there are natural laws which mean that you can’t just conjure money or food out of thin air.

Compared to the UK, the economy of the magical world is strikingly backwards. There appears to be virtually no innovation. Almost all businesses and firms in the magical world are extremely well established: Olivanders, the wand shop first opened in 382 BC. Business churn only seems to occur in the middle of a panic, such as that caused by the return and resulting terror campaign of Lord Voldemort in the mid 1990’s.

The lack of innovation is explained partly by the fact that the monetary and financial system are stuck somewhere around the late Renaissance. The only bank in the magical world, Gringotts, doesn’t act like a modern bank. It’s not a financial intermediary: it doesn’t make loans or offer interest bearing accounts. Instead it’s primarily a safe deposit firm, with famously high security vaults. This complete lack of a modern financial system where savings are lent out to finance investments, means that wizarding entrepreneurs and businesses have to rely on self-financing or the munificence of rich individuals. This is why Fred and George were only able to start up their joke shop after Harry gave them his 1000 Galleon winnings from the tri-wizard tournament. A world as hierarchical and prejudiced as the one Harry inhabits — where most rich wizards such as the Malfoys look down on those less fortunate than themselves — clearly does not encourage innovation, growth and social mobility.

Since there is no government run central bank, Gringotts also performs this role. It is in charge of maintaining the monetary system, which despite consisting of commodity money — Golden Galleon, Silver Sickle, and Bronze Knut — operates more like our own fiduciary system with trust in the currency being key to its value. There is clearly a conflict of interest in having the only commercial bank in existence also operating as the central bank, and this may be why the monetary system in the magical world doesn’t appear to be stable, with some reporting periods of very high inflation.

Some might suggest solving these issues by simply introducing a wizarding Glass-Steagall Act and breaking up Gringotts into several smaller institutions. However, stress testing analysis by Zachary Feinstein of Washington University suggests that this would likely make things worse. Far better for the Ministry of Magic to carry out institutional and supply side reform and ensure that barriers to entry in the banking sector are as low as possible.

It’s not only in the financial system where competition is lacking. Every industry in the wizarding economy is highly concentrated. One reason for that may be excessive regulation and bureaucracy. We witness an example of this in The Goblet of Fire, when rather than allowing consumers to decide for themselves, government bureaucrat Percy Weasley tries to establish a standardised thickness for cauldron bottoms. Such regulations drive up the costs of production and increase the barriers to entry for challenger firms.

In the world of Harry Potter the Ministry of Magic appears to employ almost all wizards and witches. It also appears to be the monopoly provider of a vast array of goods and services, such as education, health, and even the maintenance of Ministry buildings (sadly the magical world seems to have missed out on the privatisation wave which swept the Muggle world during the 80s and 90s). Having such a large government, with a high regulatory burden is likely to have a crowding out effect on the private sector.

Foreign producers and international trade could provide competition, but heavy government regulation also appears to stop this: In The Goblet of Fire we learn that ministry regulations prevent the importing of flying carpets, which could compete with broomsticks as a mode of personal transportation. The reason for the ban is that flying carpets are classified as a Muggle object, yet the fact they can fly clearly makes this ban absurd and is obviously an example of the government trying to protect domestic producers at the expense of consumers.

It is well established that increasing human capital and expanding the frontiers of knowledge are among the key ingredients for economic growth. (Indeed Paul Romer was jointly awarded the econnomics Nobel prize this year for his contributions in this area). A good education system is crucial for enabling this.

Unfortunately, in the magical world schooling is generally very poor. A severe lack of competition, with only one school, Hogwarts, covering the UK and Ireland, and only 11 magical schools in the whole world, means there is little incentive to provide good quality education. Throughout his education we see how Harry Potter is taught by a series of unqualified and terrible teachers. From Hagrid, with his penchant for large and deadly beasts, to Professor Snape, a former member of the terrorist organisation known as the Death Eaters, to Professor Trelawney, who is only competent at divination when in a trance.

And this is before you get on to the facilities themselves. Hogwarts is nothing short of a death trap, with a total disregard for basic health and safety. Numerous deadly creatures are to be found in its grounds, from a colony of truly terrifying giant arachnids, to a herd of dangerous centaurs, and finally to a huge three-headed dog, hidden inside a room in the castle, which three first year students were easily able to obtain access to.

Even the almost universally admired former headmaster Professor Dumbledore was far more preoccupied with leading a paramilitary organisation and getting involved in politics than ensuring his students got a decent education. Perhaps he was syphoning off money from the schools budget to fund the Order of the Phoenix? How else do you explain the fact that there appears to have be no investment in the school’s facilities, with the buildings, desks, and books that Harry uses apparently the same ones that his parents used.

More worryingly, the substance of what students are being taught doesn’t seem to alter substantially over time. Most of the information Harry is taught is the same as Dumbledore learnt almost 100 years earlier. The frontier of knowledge apparently doesn’t advance in the wizarding world. Perhaps this is because a wizard’s education is almost entirely practical and rote learning: they learn how to do things, but not why. There is virtually no teaching of theory, and creativity is not encouraged, which is why Hermione is a model student, even though Fred and George arguably contribute far more to wizarding society through their innovations and entrepreneurship.

But by far the biggest issue in the world that Harry Potter inhabits is the role and influence of the Ministry of Magic. This has immense and arbitrary powers, which it uses to control and regulate most activities in the magical world. Worryingly the concepts of checks and balances or separation of powers doesn’t seem to exist: the Ministry functions as executive, legislator, and judiciary.

The importance of having an independent judiciary is underlined several times throughout the series: Hagrid and Stan Shunpike are both imprisoned in Azkaban without trial, and when Harry stands trial in Order of the Phoenix the Ministry acts as prosecutor, judge, and jury. Finally, when Sirius Black escaped Azkaban, the Ministry altered his sentence arbitrarily from life imprisonment to death by Dementor’s kiss. In all these cases there appears to be no appeal or review process.

Worse still, most of the powers of the ministry are centralised in the hands of one person, the Minister for Magic. How a wizard or witch is appointed to this position is unclear, but it doesn’t appear to be by democratic election. Rather the system seems to operate more like the late Venetian empire, whereby the elites decided among themselves who the next Doge would be.

Not only does the Ministry of Magic operate a widespread surveillance state, monitoring the activities in every part of the magical world, but it also employs Aurors, who roam the magical world killing without trial anyone the Ministry deems to be a threat. And this is before we get on to the Dementors, deadly and unreliable employees, who the Ministry somehow decided were suitable to act as a school’s security force.

A free press would help to expose the pervasive incompetence and corruption of the Ministry of Magic. Unfortunately, the Daily Prophet, which is the primary media source of news for the magical world, effectively acts as the propaganda arm of the Ministry of Magic: the paper and the Ministry are closely connected, and stories and news are often altered to have a more pro-Ministry slant.

According to J.K. Rowling, the International Statute of Wizarding Secrecy, the law that cut off the magical world from the non-magical world, was signed in 1689. This is the same year that Parliament passed the Bill of Rights, which laid the institutional foundations for the modern British state and helped to establish a separation of powers and the supremacy of parliament over the King. Many see the Bill of Rights as crucial in the UK developing into a democratic and capitalist society.

The wizarding world, largely separate from that of the muggles after 1689, appears never to have undergone the crucial reforms that have allowed much of the Muggle world to develop, including an advanced financial system, largely free competition and trade, open and democratic government, an independent judiciary, a free press, and an education system which delivers a growing stock of human capital. It’s therefore no surprise that the magical world’s economy, politics, and education system, all deliver inferior outcomes to those of our own non-magical world.

It is long overdue that the process of deep and widescale institutional and economic reform begins, so that the magical world is dragged out of the late 17th century and into the early 21st.