For the first time in years, the Foreign Secretary has set out a bold vision for Britain 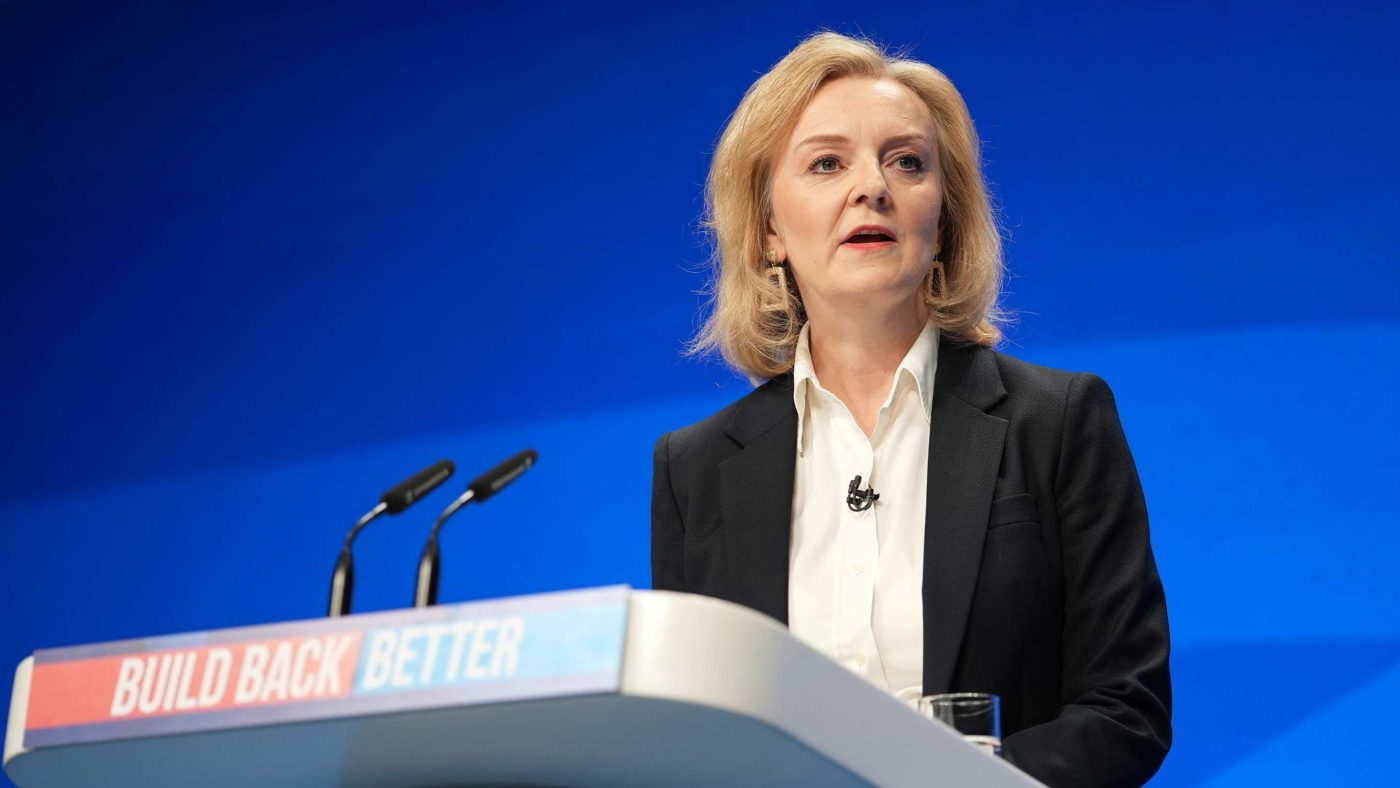 For the first time in many years, we have a Foreign Secretary who has laid out a clear narrative for our foreign policy – and that narrative is ‘freedom’.

Not since William Hague’s speech as Shadow Foreign Secretary 15 years ago, in which he pledged to put ‘human rights at the very heart of foreign policy’ – a promise he reiterated in government – have I heard such a clear, bold, unambiguous and consistent declaration of what we stand for as a nation. Not for a long time have I felt more encouraged as a human rights activist who is a Conservative. It has been the battle I’ve fought for the past two decades, and today I feel we have a Foreign Secretary who is in the same fight.

‘The democratic world order faces a stark choice. Either we retreat and retrench in the face of malign actors … or we club together and advance the cause of freedom,’ Liz Truss told the Tory conference on Sunday. She set out her vision to build a ‘network of liberty’ which would spread ‘the human rights and values we believe in’ and that would ‘rise to meet this moment’ in the ‘fight for freedom’.

Of course, her predecessors all believed in these values too, and each championed particular aspects: from Jeremy Hunt’s tremendous defence of freedom of religion or belief and media freedom, to Boris Johnson’s fight for women’s education to Dominic Raab’s introduction of Magnitsky Sanctions – and of course William Hague’s Preventing Sexual Violence in Conflict initiative. But few articulated an overarching vision in the way Truss did. In the past human rights and freedom may have formed a part of a conference speech, but this time it was the central, repeated thread throughout.

Last night, at a fringe event hosted by the Centre for Policy Studies, Truss expanded on these themes, describing the need to strengthen our collaboration with democratic allies, detailing her priority focus to defend the rights of women and girls and counter sexual violence in conflict, and declaring her strong support for freedom of religion or belief.

I hope that the Foreign Secretary will now engage with civil society, as a priority, to work out the policy details for how to advance these goals.

I hope that she will consult the Conservative Party Human Rights Commission’s body of work – on a range of issues, not least China.
I hope she will reach out to a range of human rights organisations to explore what more can be done to cut the lifelines that prop up brutal regimes like those in Myanmar and North Korea and provide lifelines of aid and solidarity to the people suffering under them, to ensure that slave labour is not used in global supply chains and that regimes that commit genocide are held to account, and to be clear that breaches of international agreements carry consequences.

‘We will also be tough on those who don’t share our values and don’t play by the rules,’ she said. That should mean sanctions for those responsible for dismantling Hong Kong’s freedoms in absolute breach of treaty promises. For as she so rightly said, ‘The world is safer and more prosperous when countries abide by their international obligations.’

On the specific challenge of China, she signalled a significant shift in emphasis from past approaches. While acknowledging the importance of trade, she declared: ‘We must make sure it is reliable trade, that it avoids strategic dependency, and that it does not involve the violation of intellectual property rights or forced technology transfer.’ To that list I would add avoiding companies complicit with atrocity crimes.

Her speech was followed later on Sunday night be a remarkable fringe event hosted by Hong Kong Watch and the Conservative Party Human Rights Commission, where we heard from Sir Iain Duncan Smith MP, Nus Ghani MP and, crucially, Baroness Helena Morrissey on the issues of human rights in China and ethical investment.

Baroness Morrissey, the chair designate of AJ Bell and one of the City’s leading lights, spoke about why ESG (‘environmental, social and governance”) investors must start taking their human rights commitments seriously, particularly in the context of China. It is time, she said, to “call out investor hypocrisy” and that investors must “rethink their dealings in areas where there are clear human rights abuses.”

Our investment exposure to China, Baroness Morrissey added, ‘cannot be reconciled with ESG principles, with socially responsible investing, with upholding democracy’. So, she argued, just as we have tough anti-money laundering laws to stop the financing of terrorism and drug dealing, institutional investors, the signatories to the UN PRI should be called to account for ‘investing in countries that are known to be abusing human rights’.

I hope that the Foreign Secretary reads Hong Kong Watch’s new report on ESG and China, listens to Baroness Morrissey – who is also Lead Non-Executive Director of the Foreign, Commonwealth and Development Office – and reads the Conservative Party Human Rights Commission’s report on China, ‘The Darkness Deepens’, as she recalibrates our relationship with China, which Sir Iain Duncan Smith rightly describes as ‘the issue of our age and the one that we will be measured against in generations to come, as the test which we stood up to or we failed.’

Liz Truss has set out a bold vision. Let’s back her all the way and get on with the fight for freedom.

Benedict Rogers is the co-founder and Chief Executive of Hong Kong Watch, Deputy Chair of the Conservative Party Human Rights Commission, an advisor to the Inter-Parliamentary Alliance on China (IPAC) and an advisor to the Stop Uyghur Genocide Campaign.