The backstop has backfired 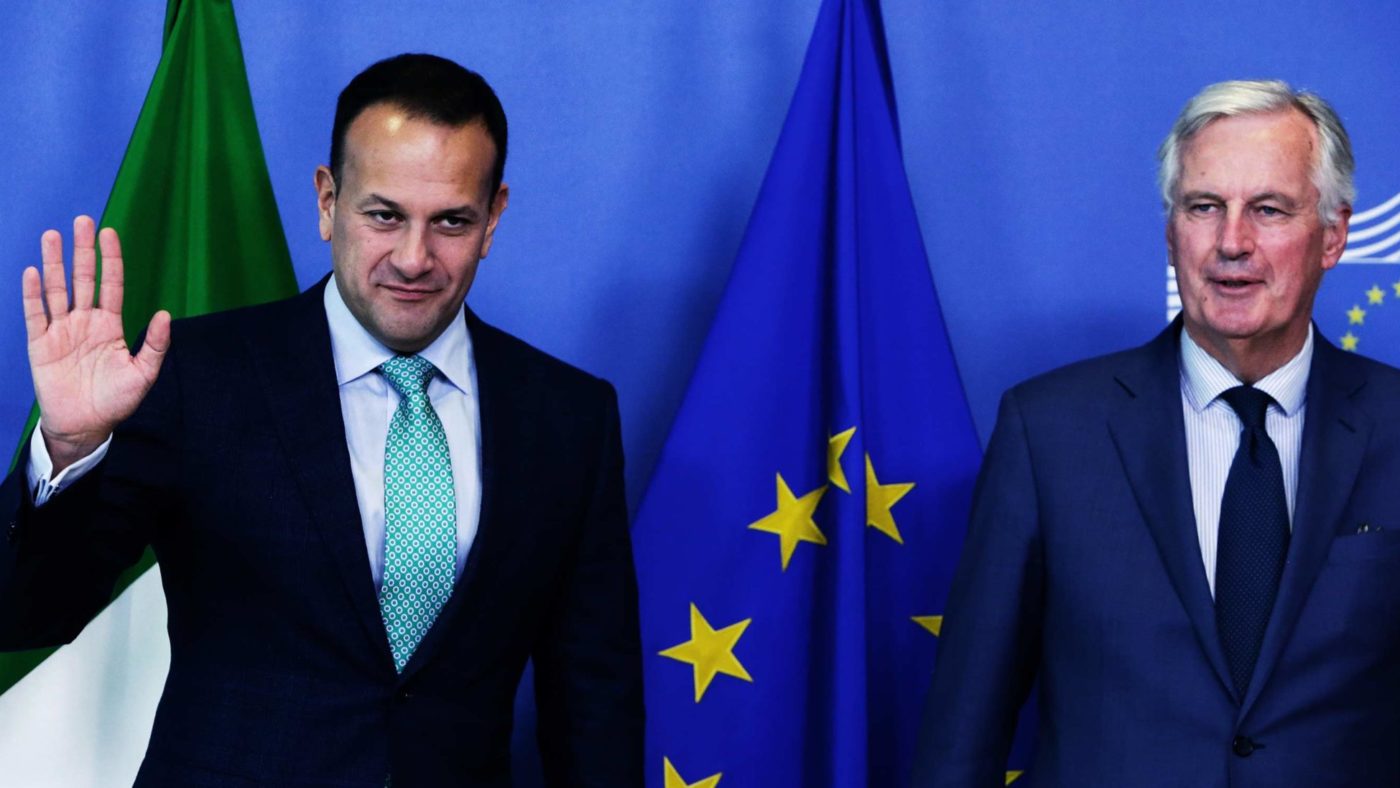 As March 29 approaches with no sign of an achievable Brexit deal, the prospects of a harder border in Ireland are increasing. Yesterday, the European Commission’s chief spokesman, Margaritis Schinas, told journalists at his daily media briefing that, in the absence of a withdrawal agreement, it is “pretty obvious you will have a hard border”.

There are signs that even the government in the Republic of Ireland is beginning to prepare for this outcome.

The Irish prime minister, Leo Varadkar, maintained his bullish stance, claiming that “even in a no deal (situation), there will not be a return to a border”. The Taoiseach has used this cavalier language before, reflecting the common nationalist delusion that there is no frontier in Ireland, or may as well not be, because British sovereignty in Northern Ireland is somehow qualified by the Belfast Agreement.

However, this confident rhetoric was undermined by his deputy, Simon Coveney, who confirmed that although Dublin will not support infrastructure or checks at the border, “if we don’t have a Withdrawal Agreement it becomes very, very difficult to prevent that”. Last week, the Irish transport minister, Shane Ross, said that he “would anticipate that there would be checks” on the island if the UK were to leave the EU without a deal.

Meanwhile, the Commission’s chief negotiator, Michel Barnier, indicated that Brussels’ plan is to insist on a hard border, then put the blame on the UK for leaving the bloc. “There will be checks in case of a no-deal,” he told European newspapers, “we will do everything possible to enforce them unobtrusively. However that will not be possible with everything… the problem arose from Brexit and we expect the UK to take responsibility.”

A Financial Times report suggested that the Irish prime minister intends to take a similar approach. “Varadkar has made clear to Berlin and Paris that he would prefer no deal to a time-limited backstop,” the newspaper claimed. According to its source, “his strategy is to ‘blame the Brits for the mess’.”

In the Republic of Ireland, where the UK’s decision to leave the EU inspires almost universal contempt, this message is likely to be received sympathetically. However, the consolations of raging at Britain are likely to be short-lived, if, as expected, the Irish economy is badly affected by Brexit.

The Draft Withdrawal Agreement between the UK and the EU was rejected by Parliament chiefly because of the so-called “backstop”, whose purpose was supposed to be avoiding the need for a hard border on the island of Ireland. This insurance policy, we were told, was necessary in order to protect the peace process and the Belfast Agreement.

Now it looks likely that checks and infrastructure will be required, precisely because Brussels and Dublin were not prepared to take seriously MPs’ concerns that the backstop would undermine British sovereignty in Northern Ireland and divide the UK internal market. The unacceptability of the EU’s insurance policy could bring about the hard land frontier that it was supposed to insure against.

An even more ironic outcome could see the necessary border checks take place predominantly on Irish goods destined for continental Europe, while the Republic and the UK would be treated by Brussels as a single economic bloc. The Irish Examiner reported today that Varadkar has briefed opposition leaders in Dublin that a no-deal Brexit could result in products from Ireland being “vetted at ports such as Calais in France or Rotterdam in the Netherlands.”

This scenario would cause outrage among many southern Irish politicians and commentators, who are desperate to assert their independence from the UK and emphasise the Republic’s importance to the EU. It involves some pragmatic common sense from an economic point of view, but it is no more acceptable to Irish nationalists politically than an Irish Sea border between Northern Ireland and Great Britain is acceptable to Ulster’s unionists.

The EU and the Dublin government continue to insist that the substance of the Draft Withdrawal Agreement is sacrosanct. They talk about issuing more assurances that the backstop will not be permanent or tweaking the text of the political declaration, neither of which would be legally binding. They have ruled out repeatedly changing the backstop in any meaningful way or adding a time limit.

It is true that Theresa May’s Brexit deal is unpopular for a variety of reasons, but the DUP and prominent Brexiteers in the Conservative Party based their case against it predominantly on its impact on Northern Ireland. They would be under enormous pressure to review their opposition to the agreement if the Government and the EU were to revisit the border issue and draft a text that avoided separating the province economically from the rest of the UK.

The idea that the Withdrawal Agreement was not negotiable was a rational position for the EU27 to adopt before the deal was rejected so comprehensively by Parliament. It is less logical to bring about a no-deal Brexit and a harder border in the interests of defending a backstop that was supposed to keep goods moving freely on the island of Ireland.

Barnier and Varadkar are at risk of becoming trapped by their own rhetoric and ideology. Nobody wants a hard border in Ireland (or in the Celtic Sea), but it would be ironic if that’s exactly what we get thanks to the intransigence of the EU and the Anglophobic doctrines of Irish nationalism.

Owen Polley is a writer, commentator, consultant, and the co-author 'An Agenda for Northern Ireland After Brexit'