The hypocrisy of ‘devocrats’ like Sturgeon imperils the UK economy 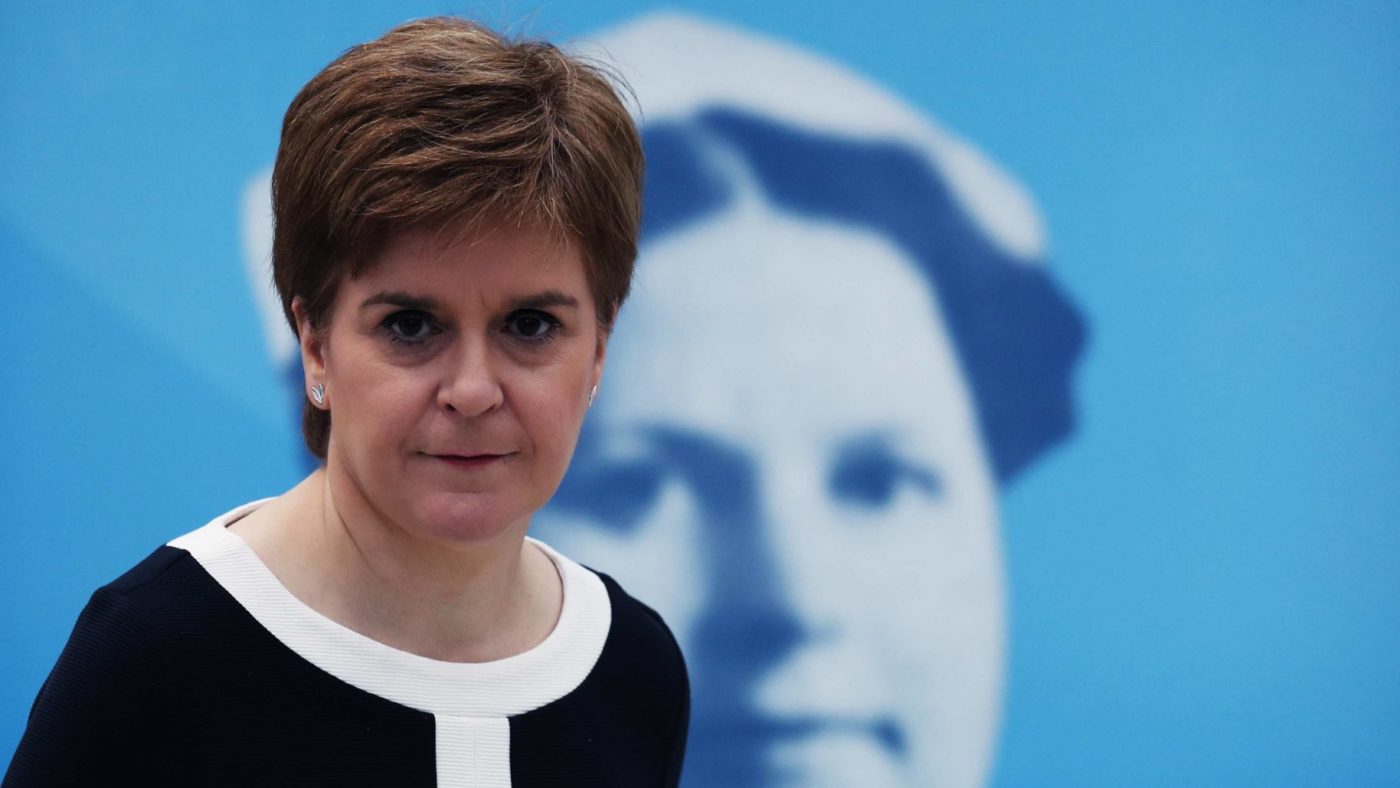 In Beyond Brexit the constitutional expert Vernon Bogdanor wrote that ‘if the United Kingdom is to survive, devolution has to be understood in terms of the needs of the country as a whole, not just its component parts’.

Sadly, this doesn’t seem to have made it through to the devolved governments themselves, judging from their latest run-in with Westminster, this time over the UK internal market, as measures previously regulated in Brussels return to the UK’s jurisdiction after the transition period expires at the end of the year.

Since the EU Referendum the devolved governments have engaged in constitutional game playing as part of a desperate bid to cling on to Brussels.

Now Scotland’s Nicola Sturgeon and Wales’ Mark Drakeford are drawing lines in the sand over UK internal market legislation. The UK government wants to ensure the internal market remains seamless, with a level playing field for state aid ensured by Westminster after the transition period ends.

Sturgeon calls this “a full-scale assault on devolution”. Drakeford says Westminster cannot be trusted to act for all the UK. His Counsel General Jeremy Miles imagines “an iron fist which threatens to smash devolution apart”.

Their outrage manages the difficult feat of being both mock and po-faced. From the 1st January 2021, Scotland will gain 111 new responsibilities out of 160 policy areas currently overseen by Brussels, while Wales will gain 70. There is no ‘power grab’ since no powers are being taken from the devolved institutions. Rather, as the Institute for Government’s Devolution at 20 paper noted last year, the UK government’s commitment to increasing devolved decision-making post-Brexit ‘looks set to be met’.

For one thing, the UK government will only ‘freeze’ powers (ie not devolve them further) where they are integral to the internal market, subject to a sunset clause of two years after Brexit Day and with freezing limited to five years. In the meantime it will work on the principles of mutual recognition and non-discrimination, meaning England will gain no competitive advantage over Scotland, Wales or Northern Ireland.

They don’t mind EU competition and procurement laws limiting state aid yet they resent the UK government leveling-up the regions through industrial policy.

They would happily retain bureaucratic EU Structural Funds while opposing a UK Shared Prosperity Fund, despite the IPPR describing this as a chance to ‘redesign regional funding and create sustainable and inclusive regional economies’, and the Institute of Fiscal Studies noting that Wales could do very well out of the new fund – certainly in comparison with less prosperous regions of the Union.

Sturgeon and Drakeford are playing a dangerous game. The incredibly successful, centuries long economic union that is the internal market is vastly more important to the home nations than the EU’s single market. 60% of Scottish exports go to England, Wales and Northern Ireland (more than three times that of trade with the EU). 75% of Wales’ exports are destined for the rest of the UK. Without nationwide frameworks it would unravel. Even the director general of the CBI – an institution sometimes known as the ‘voice of Brussels’ – says the internal market principle of mutual recognition is “essential to guard against any additional costs or barriers” within the UK.

The internal market is also integral to ongoing trade negotiations that would otherwise be scuppered, much as when the tiny Walloon Parliament almost derailed the EU’s Comprehensive Economic and Trade Agreement with Canada. Despite devolved governments never having control of trade policy, the Senedd constitution committee claims UK trade policy is “high-risked and flawed” and will “override” devolution. Yet Scottish and Welsh exporters are looking for opportunities in the global economy.

Devocrats were also wrong to call for another disruptive Brexit extension. The pandemic has dislocated supply chains and triggered major changes in the world economy. The enormity of these changes eclipse those entailed by leaving the EU. It makes far more sense for these to take place at the same time, than it would to extend the transition, implement a post-Covid economic model and then leave the bloc. Better to pivot once than twice.

In short, we are reaping the consequences of Tony Blair’s hubristic miscalculation that New Labour would control Holyrood and Cardiff Bay as institutionalised Labour fiefdoms under Donald Dewar and Alun Michael.

In the New Statesman Professor Helen Thompson observed that for England, Scotland and Wales the Union must be made to work for the alternative is chaos.

Sadly the UK government has little reason to expect anything positive from devolved administrations that are perfectly comfortable seeking political capital from the Union’s difficulties.

Matt Smith was the Conservative parliamentary candidate for Cardiff West in the 2017 General Election and has stood for the Welsh Assembly. He works as a lawyer.