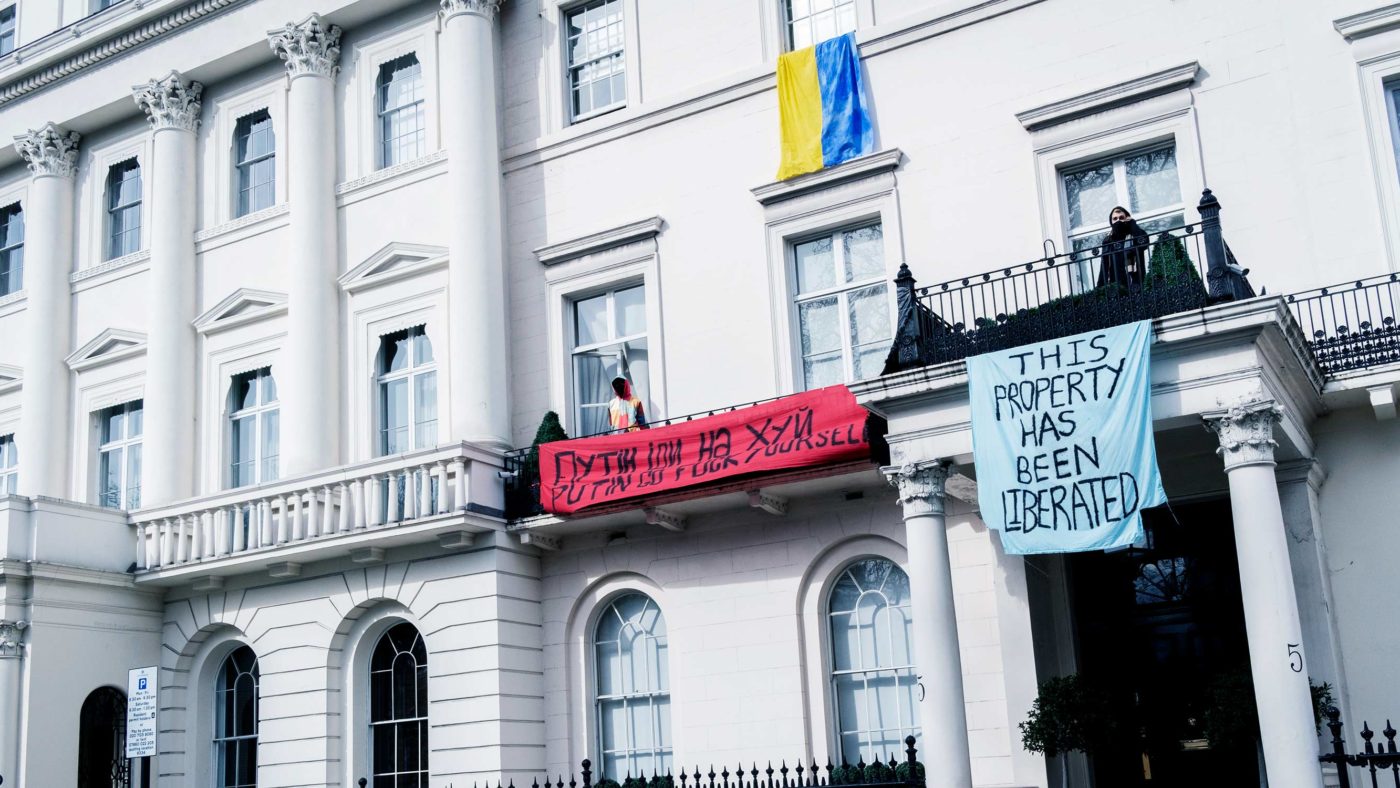 News that protestors have seized the London home of sanctioned oligarch Oleg Deripaska may be welcomed by many people. But it ought to give us pause.

Our relative powerlessness in relation to the dreadful conflict in Ukraine is leading politicians and activists to engage in gestures which achieve little even if they make people feel a bit better. The danger is that they may have longer-term consequences which they are not thinking about.

Some gestures are simply pointless, and can have no effect whatsoever except in the mind of those who carry them out. One such is the Cardiff Philharmonic’s action in removing long-dead Russian composer Tchaikovsky from its playlist, only one step up from the man who removed every bottle of vodka from a Basildon supermarket the other day.

Similarly, the withdrawal of Western companies will have a real impact, but not necessarily on those we might wish to punish. For example, social media pressure has led McDonald’s to close its operations in Russia. This will certainly hit Russia’s junk food devotees, the 62,000 staff employed in its 850 Russian outlets, and McDonalds shareholders. Russian generals and Vladimir Putin? Not so much. I doubt a Big Mac has ever passed the Russian dictator’s lips, assuming it would get past his team of food tasters.

The economics literature is replete with evidence that measures of this kind have little effect on the bad guys, but usually end up disproportionately hurting poorer people. If this led the Russian people to rise up against their oppressive ruler, it could make sense. However such a result has rarely, if ever, happened. But the probability that removing Western goods and services from Russia’s consumers will lead to Putin’s removal is surely vanishingly small. It could also backfire if state propaganda uses it to convince citizens that the West is permanently hostile to the Russian people.

Freezing the assets of named individuals by the Office of Financial Sanctions Implementation, a little-known branch of the Treasury, relies for its legal basis on the Russia (Sanctions) (EU Exit) Regulations 2019: last week’s Economic Crime Bill builds on them.

These regulations require little evidence, and no court appearance, for the Government to forbid a ‘designated person’ such as Mr Deripaska or Roman Abramovich from engaging in economic transactions or selling their assets. Other individuals and organisations which buy goods and services from businesses owned by such a person, or sell to them, are breaking the law.

As usual, sanctions hit other people: Mr Abramovich’s best known asset, Chelsea Football Club, is in the firing line this time. The club cannot sell tickets or merchandise. The Government has had to invent a special licence to allow games to be played and existing ticket holders to attend games. Chelsea’s fans, with many of whom Mr Abramovich is still popular, have reacted badly and a government minister has had to appeal to fans not to chant his name at games.

In the grand scheme of things these are trivial matters, but they show what happens when gesture politics take over, as they do so often in these days of instant social media outrage and demands on politicians to act without thinking beyond the next day or two.

Seeing the ease with which our government can now override property rights, many perfectly legitimate overseas-based individuals and foreign companies may think twice about buying property or setting up businesses in the UK. When they see a prominent member of the Cabinet such as Michael Gove talking about filling oligarchs’ property with refugees, and seeing this more or less immediately translated into direct action by rent-a-mob activists, these fears are reinforced. For though politicians’ ire is currently turned against Russia, next year it could be Saudi Arabia, China, or some other country that is the villain du jour.

Of course, some overseas investors are dodgy, just as some domestic entrepreneurs are less than squeaky-clean. But most are not. Do we really want the UK, which has gained so much from inflows of foreign investment (and associated trade) in recent decades, to be seen as a no-go area in future?

Instead we should concentrate on measures which would genuinely help embattled Ukrainians, such as arms supply, resettling refugees and stopping buying Russian gas, rather than scattergun sanctions which achieve little but damage long-held British norms such as security of property and the rule of law, while imposing longer-term costs on our economy.