Only genuinely free markets will save capitalism from the far left 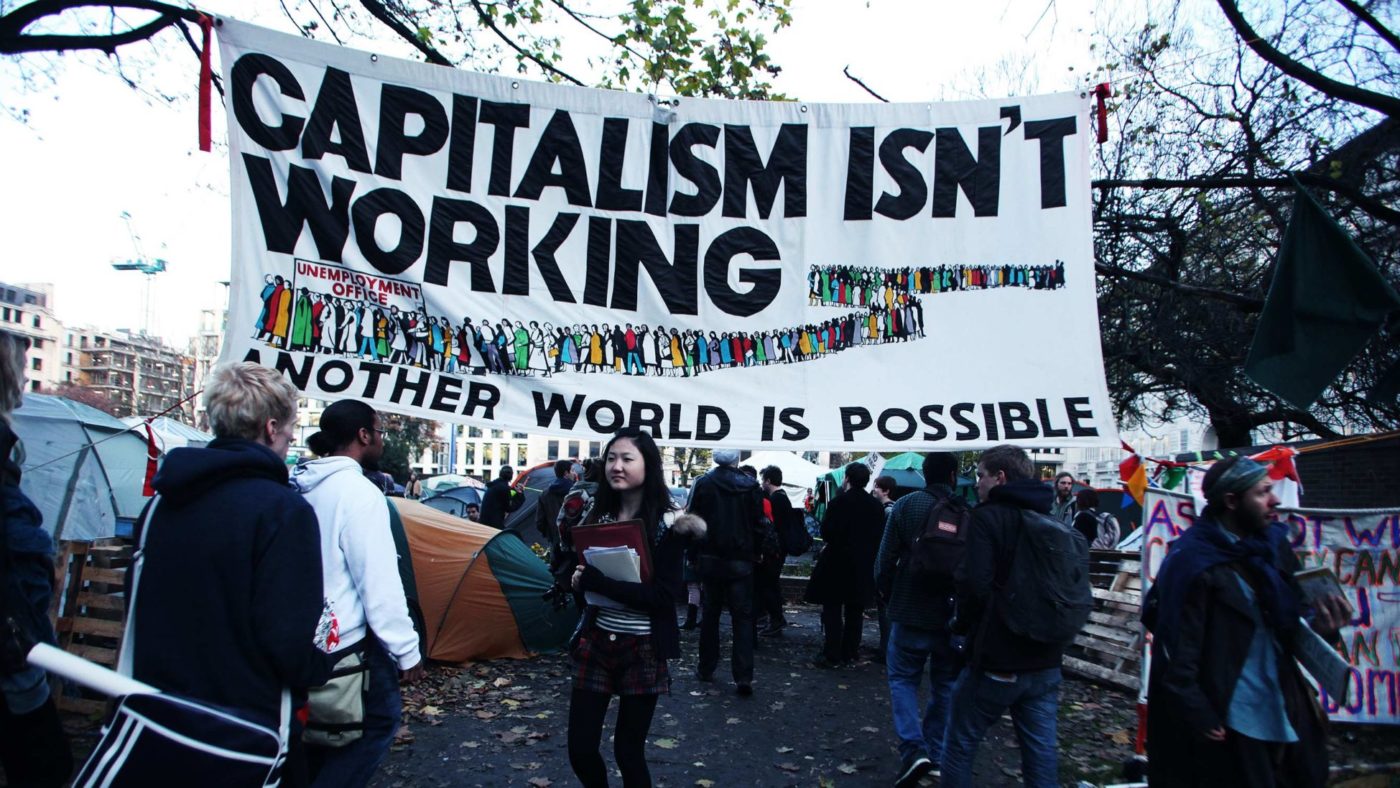 New anti-market movements are emerging. In Britain and America, a revivalist Left is ascendant, winning not only seats in Parliament and Congress, but hearts and minds in classrooms, on campuses and online. The appeal of the likes of Jeremy Corbyn and Alexandria Ocasio-Cortez, especially to younger generations, presents a real threat to free-market capitalism.

But however great the threat of the far left, they are far from the free market’s only problem. The case for capitalism has been steadily undermined all along the political spectrum by those that equate being pro-market with being pro-business. Policies have been implemented, often by those who pay lip service to the free market, that have given rise to the form of crony capitalism we have today – and put the hard left back in business.

If we want to defend economic freedom, we need first to clear up some elementary misunderstandings shared by both left and right about what it means to be in favour of the free market.

In a free market, the purpose of production is consumption. That is it. Yet many of those that preside over public policy on either side of the Atlantic – ministers, Treasury officials and central bankers – have forgotten this. For them, increasing output is often seen as an end in itself, through either fiscal or monetary means.

Having lost sight of the purposes of production, policymakers soon start to see the producer interest as paramount. The interests of the producer in a free market ought, as Adam Smith put it, “be attended to only so far as it may be necessary for promoting that of the consumer”. Instead, government on either side of the Atlantic makes the business of administration all about offering inducements and advantage to business in the belief that this aids the market.

This is how free-market capitalism over the past three or four decades in Europe and America has morphed into a kind of producer-interest capitalism. Businesses are offered all manner of regulatory favours that lock out any by competition and lock in the customer. The most extreme examples of this are often in the public service sector, where those accessing services can only do so on the providers terms.

Across ever more areas of economic activity in Europe and America, supply is constrained – such that the seller gets to set the terms of exchange. From the housing market to the health sector, there are all kinds of restrictions on supply in Britain.

Of course, all this is not without consequence. For a start, all the extra output that all that monetary and fiscal stimulus generated never actually satisfied any actual new demand. So the boom was followed by bust – or even greater stimulus measures to avoid that from happening.

Restricting supply and forcing consumers to buy on the sellers terms also means lots of unhappy consumers. From first time house buyers to those needing health care, there are lots of people frustrated that they are unable to get what they want, when they need it.

None of these failures – booms, busts and bailouts, housing shortages, GP waiting lists, bank bailouts – are a consequence of the free market. Yet how often do we hear that they are proof that “capitalism is in crisis”?

The trouble is not the free market, yet free markets get the blame. The failure comes from policymakers interfering on the side of business, in the mistaken belief that in doing so they are being pro-free market. What such politicians really do is make Corbyn et al possible.

Having limited supply, politicians seek to outbid each other with the offer of ever more intervention. Having, for example, prevented the free market from providing enough houses for people to buy at a price they can afford, politicians offer “affordable housing” for “key workers” (Surely all housing is affordable to someone, and all workers are key workers in their own household?). Once politics becomes this kind of Dutch auction, only the more interventionist will win.

If we are serious about defending free markets, we cannot hope to defend the economic status quo. Crony capitalism is indefensible. What is needed instead is a radically different alternative, one in which we seek to remove the constraints on supply, not simply try to outbid the hard left.

Instead of producer-interest capitalism, we need a consumer-interest alternative. That means, for example, having a presumption in favour of anyone who owns a piece of land and wants to build a home on it for themselves or their family. It means a general regulatory presumption in favour of new entrants in any market wanting to come in an offer customers an alternative. In place of a permission-based system, the onus should be on officials who want to say “no” to explain their reasoning.

The one area of economic activity where the producer interest is most entrenched in Britain is in public services. All too often, parents and patients are locked in, and alternative providers locked out.

A new legal right is needed to give mums and dads a legal right to request control of their child’s share of education budgets, if they are unhappy with what the producer interest currently provides. Digital is making patient records portable. They should be given new consumer powers so that the can shop around for the right healthcare treatment for them.

“But this would all be far too radical” I hear you say, “The electorate wouldn’t wear it”. That’s what they once said about the hard left. Crony capitalism cannot be defended, so stop defending it and offer an alternative. Or the other lot will.