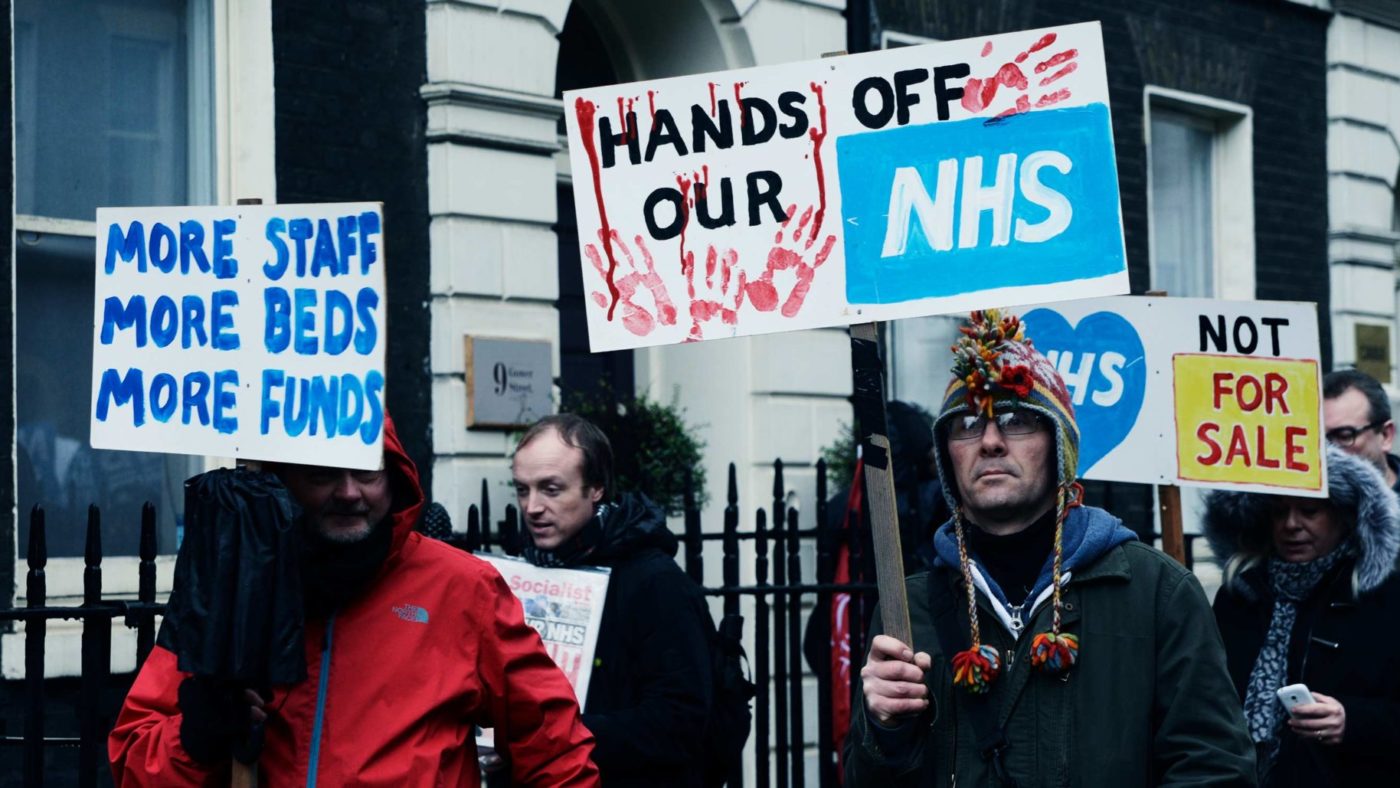 Those who object to the UK’s trade policy, especially from the opposition benches are constantly creating straw men arguments to oppose Boris Johnson’s Greenwich speech vision of Global Britain. Among other things they say that our trade policy requires that the NHS is somehow going to be privatised or will stop being free at the point of use. Of all the absurd anti-trade arguments (and the bar is high given the nonsense about chlorinated chicken and hormone-treated beef), this has to be the most absurd.

I served as a cleared advisor to the US Trade Representative between 2009 and 2015, and have been involved in international trade policy for almost three decades. Not once have I ever heard any US person say they want to privatise the NHS, or change its point of use free provision in any way. Far from it. To be blunt, the NHS is seen as a money loser and no private company has any desire to take on the responsibility of running it.

To the extent that the UK agrees services commitments in FTAs, it is always open to the UK not to include the NHS in these provisions. Similarly, such exemptions are normal for accession to the WTO’s plurilateral government procurement agreement. But the point here is not that exemptions exist but that there seems to be confusion about whether our trading partners will even ask for it.

Unlike the issues around our agricultural domestic settings, where they do take a keen interest, no trading partner will ask for the NHS to be included. Including the NHS as a reservation in our schedules therefore does not implicate our trade policy in any material way, or constitute the kind of defensive baggage that makes it difficult and time consuming for the EU to do comprehensive trade deals.

The Covid-19 pandemic has demonstrated that the NHS is not a monolith. We need to differentiate the provision of healthcare services by frontline NHS workers, whom we rightly laud, from the logistics and procurement practices, where it has been all too apparent that inefficiencies and bureaucracy abound. These areas can and must be improved in order to those frontline workers to be better served.

The fact that the NHS is clearly not on the table for trade negotiations does not absolve us of the need to look carefully at how well it is run. Where they can be improved, we should seek to do so, not because a trading partner asks for this (that is unlikely for the reasons I have mentioned) but because it is the right thing to do for ourselves.

It is also important to highlight what the Trade Bill, which will shortly be before Parliament, does and does not do. It deals with continuity agreements, not future ones, none of which implicate the NHS in any fashion. With respect to new agreements, the Government has already exceeded the requirements of the Constitutional Reform and Governance Act (CRaG). It has released the UK’s negotiating objectives and done some economic assessments, even though the deals have not been completed and it is therefore not possible to know what they say (or calculate their economic impact).

DIT is to be commended for recognising what other countries already know – that it is incredibly difficult to model trade agreements beyond mere tariff measures (such as behind the border barriers and internal market distortions). DIT has announced a modelling review so that the impact of FTAs can be properly evaluated.

Concerns have been raised that the executive can negotiate agreements without Parliament’s input. Nobody is disputing that Parliament should have some sort of scrutiny role in the negotiation of trade agreements. However, no country will negotiate with individual members of parliament in the other country. That’s why most countries come up with some mechanism that allows the executive branch, whose competence trade negotiations are (as a matter of foreign policy), to operate in a relatively unencumbered fashion.

In the US, there is an up or down vote on the whole agreement – individual members of Congress not having the right to change specific provisions, because the whole agreement consists of a delicate balance of compromises. Any legal change which has been negotiated as part of the agreement will require legislation of some sort, so Parliament will have a say then as well as informing and being informed about the negotiation along the way.

The UK has great opportunities in trade policy before it. Real compromises and challenges lie ahead. It is important these real choices are not obscured by absurd straw men arguments that belong to the kindergarten and not to serious discussion of trade policy.

Shanker Singham is CEO of Competere and a former advisor to USTR and the UK Secretary of State for International Trade.