Cultured, cancelled: there’s more to Ovid than myth and legend 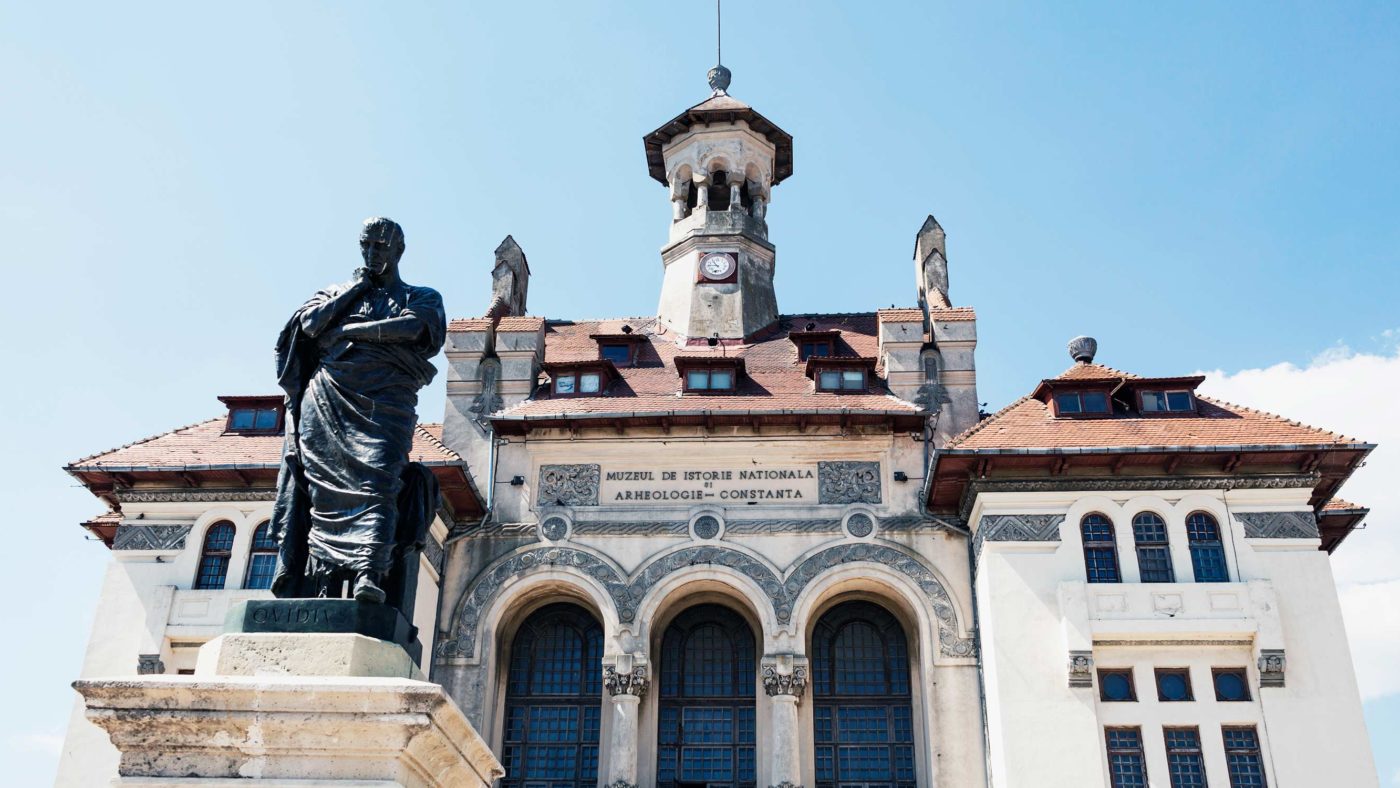 A statue of Ovid in the Romanian town of Constanta (Photo: Eye Ubiquitous/Universal Images Group via Getty Images)

A statue of Ovid in the Romanian town of Constanta (Photo: Eye Ubiquitous/Universal Images Group via Getty Images)

“You know,” says Jules, “cops tend to notice you driving a car drenched in blood”.


It’s usually around this point that audiences, when they see Pulp Fiction for the first time, start laughing. They also typically cover their mouths, alarmed and embarrassed they’re finding someone’s head splattered everywhere…funny. “You should be on brains detail,” Jules (Samuel L Jackson) tells Vincent (John Travolta) at one stage during the clean-up. Cue more nervous laughter.

Unlike many people, I’d experienced this odd and guilty sensation long before I saw Pulp Fiction. That is, I’d laughed at a brilliantly funny script undergirded by what can only be described as a pornography of violence. I was among the few people to learn Latin at school, you see, and Tarantino’s film was less distinctive because I’d read two Roman writers in particular: the historian and biographer Suetonius, and the poet and playwright Ovid.

While Roman authors are perfectly capable of moralising, they tend to moralise about different things, and sometimes they don’t moralise at all. Suetonius delivers his biographies of the 12 Julio-Claudian and Flavian Caesars in crisp, deadpan prose, juxtaposing horror and wonder and seldom venturing to tell the reader what to think. Ovid’s Metamorphoses (“Changes”) recounts the familiar Greek and Roman myths many of us encountered as children, but of course, when he tells them, they aren’t bowdlerised. All the gore is there, and the sex, and a great deal of humour. Often, it’s on the same page or even in the same sentence, as with Tarantino’s film. A Roman reader, however, would not hide his or her laughter behind a hand. Romans found cruelty amusing.

“It is in the Metamorphoses that we encounter Icarus flying too close to the sun, King Midas’ golden touch, Pyramus and Thisbe communicating through a crack in the wall, Diana angrily transforming Actaeon into a deer, Pygmalion’s statue coming alive, and Narcissus falling in love with his own reflection,” Llewelyn Morgan points out in Ovid: A Very Short Introduction. Morgan is a distinguished Oxford classicist, the sort of person who, in years gone by, taught people like Boris Johnson. His little book (and it is very small, only 120 pages) is a warm and enticing sales pitch for a Roman writer who was probably the second most popular in his own civilisation (after Virgil, author of the Aeneid) and easily the most popular in ours.

For my sins, I once tutored Latin, and had a student memorably describe Virgil as “Tolkien, but with sex”. Others found the Aeneid boring. No-one said this of Ovid, and many noticed his long cultural shadow: “lots of Italian operas in that book,” said one. “Shakespeare’s plot stash,” said another.

Morgan is keen to convey to modern readers that there is more to Ovid than the myths and legends beloved by generations of schoolchildren. In doing so, he elucidates the classical distinction between epic poetry (which was meant to be serious and high-minded) and elegy. Crucially, elegy for a Roman was not just sad. It could also be witty or erotic. Ovid excelled at the last two, and only seldom indulged its traditional maudlin quality, striking a note we associate with a musical genre, the blues. Love for Ovid becomes a devastating unhappy happiness, a place of slammed doors, blazing rows, and lust.

We learn, for example, that a gladiatorial show was a perfectly acceptable date venue (Ovid advises lads on the make to take a programme around to the likely lass’s house and ask her what she wants to see). Chattel slavery – although not race-based like the more familiar antebellum US variety – was also pervasive and morally deforming.

“But that you be kept under observation, whom the praetor’s rod has just recently set free,” Ovid says at one point, addressing a former slave who, having been freed (a tap with an ornamental staff in front of the magistrate – praetor – was part of a Roman manumission ceremony), serves to remind readers free women could choose. When it comes to climbing the social ladder further, charming a citizen woman requires even more effort, and a guarantee that she enjoy any sex as much as her male lover.

It’s this last that generations of classicists were taught led to Ovid’s undoing and eventual internal exile. One of the posh women he raced off was, allegedly, the Emperor Augustus’s (r. 27 BC-AD 14) daughter, Julia. Romans may have banged like dunny doors in a gale, the story goes, but doing it in the imperial household – in a society run by a rolled-gold autocrat who provided inspiration to every totalitarian leader thereafter – was likely to be injurious to one’s health.

It turns out this tale isn’t true, and Morgan the scholar takes time to explain what is known. “A plausible theory is that Ovid witnessed the planning of some kind of plot against the emperor, and failed to share what he saw with the authorities,” he notes after an evidence review. We are wrenched away from witty and urbane Roman high society and cast into something dark and sinister: the terrifying and paranoid state apparat; Kafkaesque confusion; the use of internal exile in a manner redolent of the Soviet Union. Meanwhile, Augustus removed Ovid’s books from public libraries throughout the Empire, and they were no longer taught in schools. He was, in contemporary terms, “cancelled”. Thoroughly.

Ovid was sent to Tomis (modern Constanța in Romania), on the Black Sea. He hated it; he found it cold and uncivilised. Strangely, he wasn’t deprived of a livelihood: his third wife continued to own and maintain the family estate and provide him with an income. Despite increasingly desperate pleas and his much-loved stepdaughter Perilla also evincing literary talent, Ovid was never permitted to return to Rome. He died in exile, in AD 17 or 18.