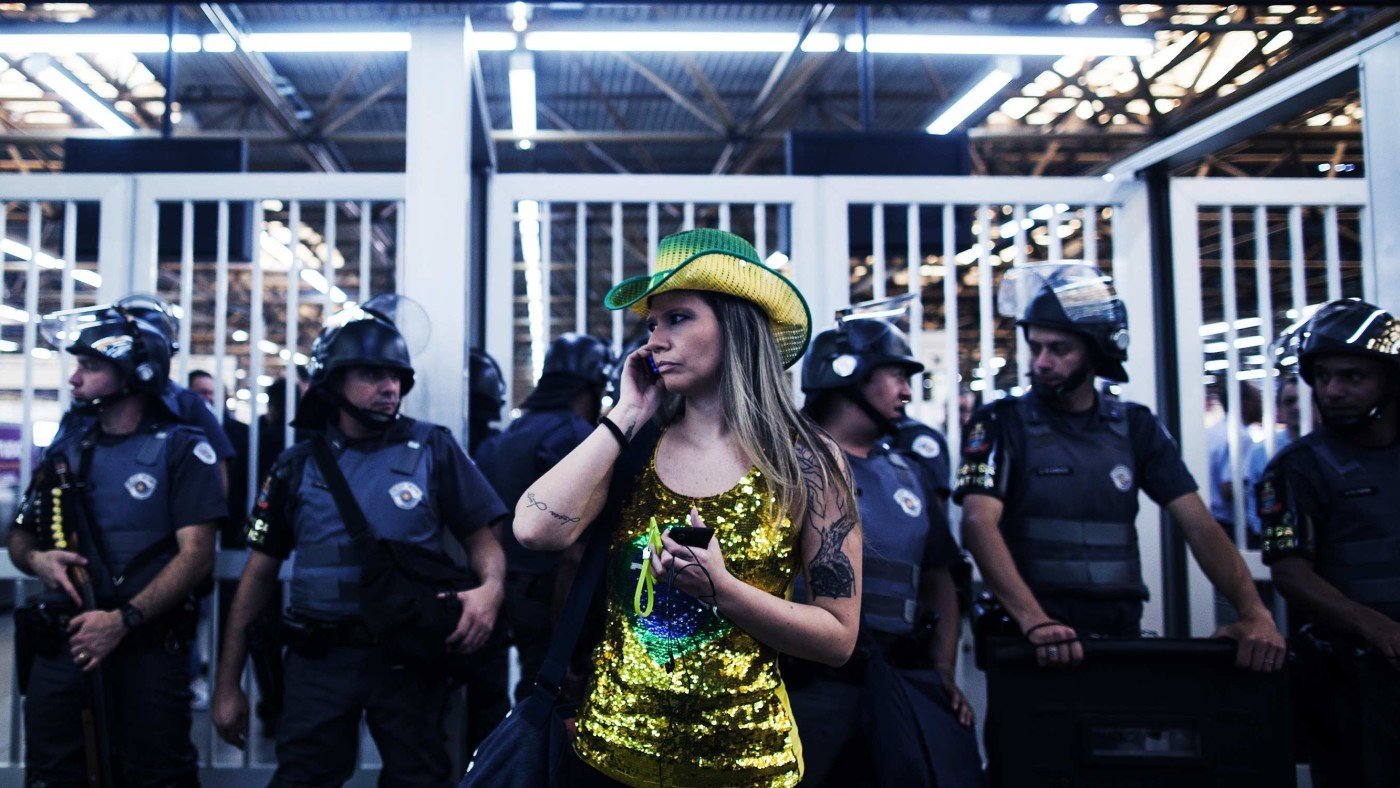 The homepage of Foreign Policy Magazine leads with an uplifting story today: “How Brazil Crowdsourced a Landmark Law”. In a fascinating essay, Daniel O’Maley outlines how Brazil’s Marco Civil da Internet became the first “Internet bill of rights” in the world, codifying in law Brazilian citizens’ right to data privacy and internet freedom.

O’Maley is full of admiration for Brazil’s open democratic process for drafting this law. He explains:

“What makes this law even more interesting is that it became one of the largest-ever experiments in crowdsourcing legislation. The law’s original text was drafted through a website that allowed individual citizens and organizations — including NGOs, businesses, and political parties — to interact with one another and publicly debate the law’s content. This open, interactive, and collaborative process relied on a belief that the collective intelligence would both improve the final product and prove less beholden to powerful corporate lobbies.”

In the end, hundreds of citizens contributed to the drafting of the bill (in a process not unlike Iceland’s famous crowdsourced constitution of 2012). It was signed into law by President Dilma Rousseff in April 2014.

This is a heart-warming and inspiring tale of citizen activism, especially in a country which is facing political turmoil and economic collapse. But reading O’Maley’s account, I couldn’t help but remember when, last month, a Brazilian judge ordered the messaging service WhatsApp to be shut down after months of lobbying from Brazil’s telecoms industry, who argued the competition from WhatsApp was unfair. As I wrote at the time:

“The internet has radically disrupted (and in some cases destroyed) countless industries. Is the Brazilian government going to ban e-mail to save its postal service, or regulate Google Search to revive its libraries?”

I was being hyperbolic. But while Brazil’s government has not yet suggested restricting internet services to protect traditional industries, it is considering an alarming and invasive new bill which would allow the police to follow internet users’ every move and force websites to become tools of state surveillance.

PL215/2015, commonly known as PL Espiao (“the Spy Law”), would make it compulsory for all websites to collect certain data on their users, including real names, e-mail addresses, telephone numbers, and national identity numbers. It would also give law enforcement the right to access this information without a warrant. By surfing the web, Brazilian citizens would be consenting to being tracked by the state.

The implications of this bill are terrifying in terms of privacy, personal freedom, and the burden they place on websites. But they also directly contradict the spirit of the Marco Civil da Internet, which protects Brazilian internet users from having their data stored and shared. The Rights and Guarantees include the “inviolability and secrecy of a person’s private communications that have been stored, except by court order” and “express consent to the collection, use, storage, and processing of personal data, which must be done in a clear manner, distinct from other contractual clauses”.

In other words, the Marco Civil requires the police to obtain a warrant to get your data, and prohibits websites from collecting information on you without your permission – exactly the opposite of what the new PL Espiao would demand.

Strangely, in his piece praising Brazil’s Internet Bill of Rights O’Maley makes no reference to PL Espiao, except to hint at it obliquely by mentioning that “Opponents of [the Marco Civil]… are attempting to pass new legislation that would effectively gut some of its key provisions, particularly protections on Internet user privacy” – and I had to read his article three times to even find that. He briefly refers to the decision to ban WhatsApp in December, but quickly points out that this was subsequently overturned, as if this makes the episode irrelevant. In fact, the WhatsApp ruling not only sets a dangerous precedent that opponents of internet freedom can have websites they do not like shut down, but also reveals the deep antipathy many of Brazil’s political elite have towards the principles espoused by the Marco Civil.

O’Maley ends his piece with an optimistic lesson:

“As citizens around the world demand more openness and accountability from their governments, politicians should learn from the success of this remarkable law.”

Indeed they should. But though the crowdsourcing process of writing and passing Marco Civil da Internet was a pioneering triumph for citizen activism, to view it as an unqualified victory is missing the big picture. The Brazilian people spoke, and now lobbying groups and self-interested politicians are working hard to undermine their achievement. That’s the real lesson of Brazil’s Internet Bill of Rights.