4 reasons why milk is so cheap 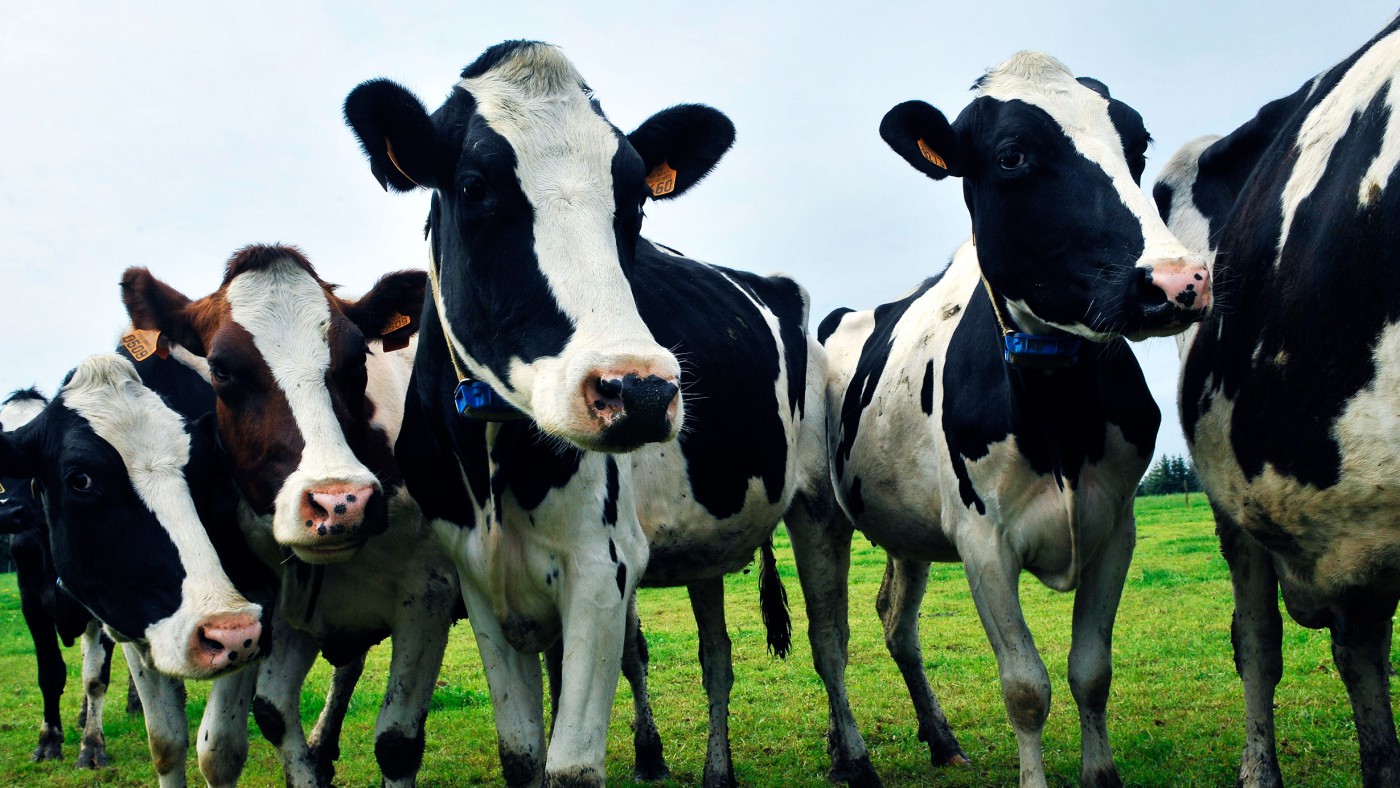 Videos of farmers taking part in the ‘milk bucket challenge’ are circling the web, with dairy farmers drenching themselves in their produce to show how cheap milk has now become – a mimic of last summer’s ‘ice bucket challenge’.

Supermarkets have come under fire following protests over below production cost prices for milk, with some demonstrators even herding two cows through an Asda store in Stafford to show their frustration. The pressure has resulted in Aldi, Asda, Morrisons and Lidl all pledging to pay their milk suppliers higher, with Aldi, Asda and Lidl committing a minimum of 28p per litre, while Morrison’s will pay 26p.

Caps on the amount of milk produced by farmers have been scrapped after 30 years. Originally put in place in order to halt ‘overproduction’, the response from dairy farmer representatives has been mixed.

Germany’s national farm association welcomed the changes: “milk producers will be freed from the costs of the quota,” but farmers from Belgium have staged protests in Brussels as profits per litre dramatically fell.

The effects in the market of freeing up production have been dramatic. Global dairy prices have slumped. The typical winning price on the Global Dairy Auction dropped 10.8% on 1st of April – the day milk quotas were abolished. Dairy products such as powdered milk also fell in value as a knock-on consequence, and a pint of milk can now be purchased for only  45p.

Even before scrapping milk quotas, supermarkets were engaged on a tug of war over prices. This contributed to the near 0% inflation in the UK, much to the benefit of consumers.

As a staple good, milk is targeted for cost cutting – prices in January reached their lowest levels since 2007, with Asda even selling four pint cartons of milk for only 89p. The cost of this has in part passed onto farmers, some of whom have accused supermarkets of deliberately making a loss on milk to draw customers into their stores – though this is denied by retailers.

As it is in the single market, the UK benefits from the free trade of dairy products across Europe. Since the quota dropped, dairy industries in Ireland, Germany and the Netherlands have all committed to greater milk production. Whilst some farmers fear that overproduction will return Europe to the “milk lakes” existing before the 1984 quota was put in place, other farmers are looking globally.

Many European farmers praised the end of the quota as they could produce further for the growing markets such as China, with Ireland forecasting that great liberalisation in production and trade could boost their output by €450 million a year by 2020, and create 10,000 new jobs.

Thanks to advances in milk production and preservation, milk can now stay consumable for up to three weeks. The world is becoming smarter at conserving and pasteurising an easily perishable good; refrigeration capabilities have progressed to maintain the quality of the produce.

While in Uganda milk is spoilt in a day due to poor refrigeration conditions, the US has been able to contain milk for 3 weeks. Businesses have been innovative in preserving milk. A company in Brazil managed to extend the shelf-life of a bottle from 8 to 15 days through applying nanotechnology to plastic milk jug packaging.

Despite domestic dairy farmers being under strain by retailers’ monopsony power when bargaining over prices, suppliers have been successful in campaigning for supermarkets to increase prices paid to local farmers. Growing trade liberalising combined with improved milk preservation also offers new export opportunities, something many farmers in Europe are already tapping into.

Milk is experiencing a supply side resurgence in Europe. Lifting quotas and supermarket competition has seen a plummet in the value of milk and a surge in the amount produced. This has been passed onto consumers through lower shelf prices, and also onto dairy farmer’s heads through an internet craze.